The Independent Guide to Garden Offices

This is the story of James Derby who wanted a garden office. Oxford was too far away from home to rent an office, so he decided to search for the best garden office he could find. He wanted to build in the garden because his cottage was too small to work in and the sloping garden made extending the cottage pretty much impossible. 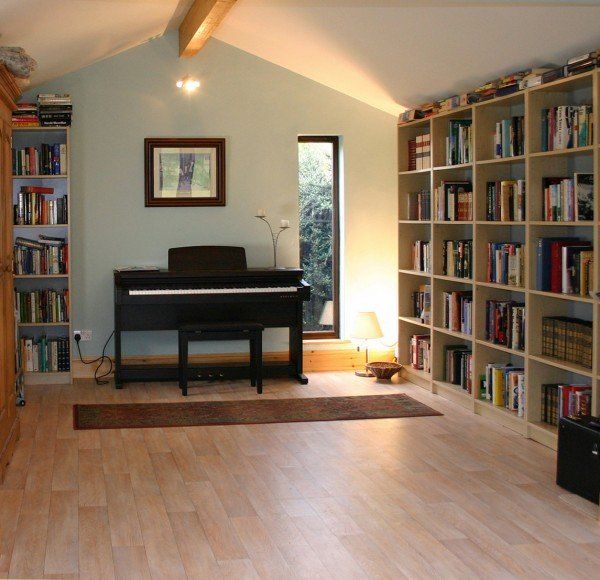 Once James got into the swing of things he realized that his contemporary garden office would double as a home cinema and music room. InsideOut* used to design and build garden offices before we started the Garden Buildings Guide and James was one of our favourite clients. At James’s request we designed him an office big enough for desk, piano and projection screen, but small enough to fit snugly into the end of the garden, opposite the old pigsty.

Never be put off by a pigsty

Planning permission was straightforward for the garden office. Oxford Conservation officers were a bit worried about ‘preserving the pigsty for future generations to enjoy’ but we convinced them it would be beautiful and wouldn’t detract from the pigsty in any way!

When we contacted James a year later he said:

Still delighted with my garden office which does exactly what I wanted. As it happens, it makes a very good music room as well as an office. The acoustics are pretty good, and with heating in winter set around 7 degrees it has been a very good and dry environment for the piano, which has remained in tune for a year. 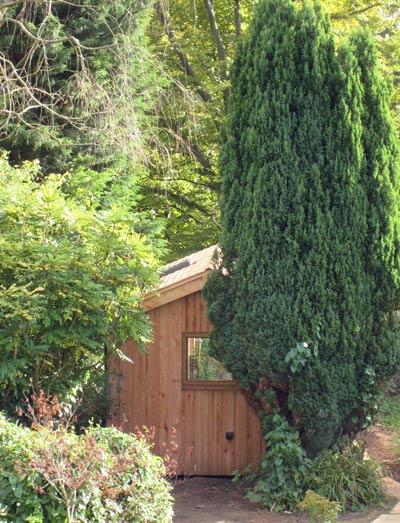 Another winter came and went. And then a year later James emailed us to say that he had bought a listed house and wanted a new office in his new garden in Oxfordshire. He also mentioned that, even though we were in the depths of a recession he had had no trouble selling his cottage because of the quality and all-round usefulness of the small garden office we had previously built for him. The new owner is a drummer.

The site for his new garden office was in the grounds of a listed house and on a bank six feet above his neighbour’s garden. This needed to be thought through carefully:

The design was completed and approved for the second office. Oxford planning dept were happy, building work commenced and we had A happy customer, twice over.

*Though InsideOut no longer build garden offices throughout the UK, our architect’s practice is still happy to design offices and bespoke garden buildings  in Lancashire and Cumbria. See www.gordonsmitharchitect.co.uk